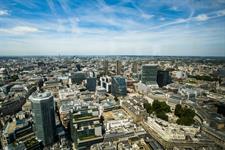 Property firm Knight Frank announced this week it has recruited nine planners from GL Hearn’s London office, including its former head of planning for London and the South East, Stuart Baillie, to form its own planning team in the capital. Baillie is now the new head of planning and a partner at Knight Frank.

GL Hearn’s planning division will now be headed up by Martin Kelly, formerly land planning director at the company.

The loss of nine London planning team members came towards the end of a year in which several other GL Hearn planning directors have left the firm for its competitors.

Despite this departures, GL Hearn’s national head of development Simon Barnard said the firm has increased its planning head count since the start of the year and currently employs more than 130 chartered planners. “That number is expected to grow,” he said.

According to Barnard, after GL Hearn was acquired by Capita in 2015, Capita’s planners now operate under the GL Hearn brand..

Barnard said the firm has embarked on a strategy of building a “much broader planning offer”, with strengthened expertise in areas such as major infrastructure and strategic land.

While Barnard declined to provide details of specific hires, he said the firm has replaced a number of the recent departures from the London team, adding that a further announcement about the firm’s recruitment efforts will be made in the near future.

“We’re very positive about the capabilities we’ve now got in planning,” he said.

GL Hearn, combined with Capita, was the fourth-largest employer of chartered planners in 2017, with a head count of 133, according to the latest Planning Consultancy Survey for which the company provided figures.

This number was down from 144 in 2016, the year after GL Hearn was acquired by Capita.

Before it was taken over, GL Hearn reported in the 2014 survey that it had 48 chartered town planners, with 31 in its London office, nine in Bristol and six in Manchester.