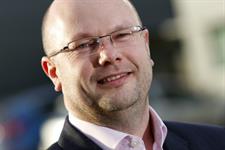 He will spend the next few months overseeing the council’s efforts to adopt its local plan, the authority said, while also developing its climate change and sustainability strategies.

Central Bedfordshire Council has been locked in an increasingly bitter battle with planning inspectors in recent weeks, with both sides raising concerns about the other’s behaviour during the local plan examination process.

According to the authority, Longhurst made the decision to leave “to pursue his interests in the sustainable growth agenda”. He will continue in his position as chairman of the private sector-led UK Business Council for Sustainable Development.

Longhurst has played a role in plans for the Oxford-Milton Keynes-Cambridge growth corridor and served as chair of the now disbanded Central Corridor Group of seven local authorities, which sought to promote economic opportunities in the region.

His work at Central Bedfordshire has included the introduction of a requirement for residential developers to stipulate how many homes they will deliver in the first five years after securing planning permission.

In separate news, plans for the Oxford to Cambridge Expressway have this week been thrown into doubt after transport secretary Grant Shapps said a Conservative government would place the project under review.